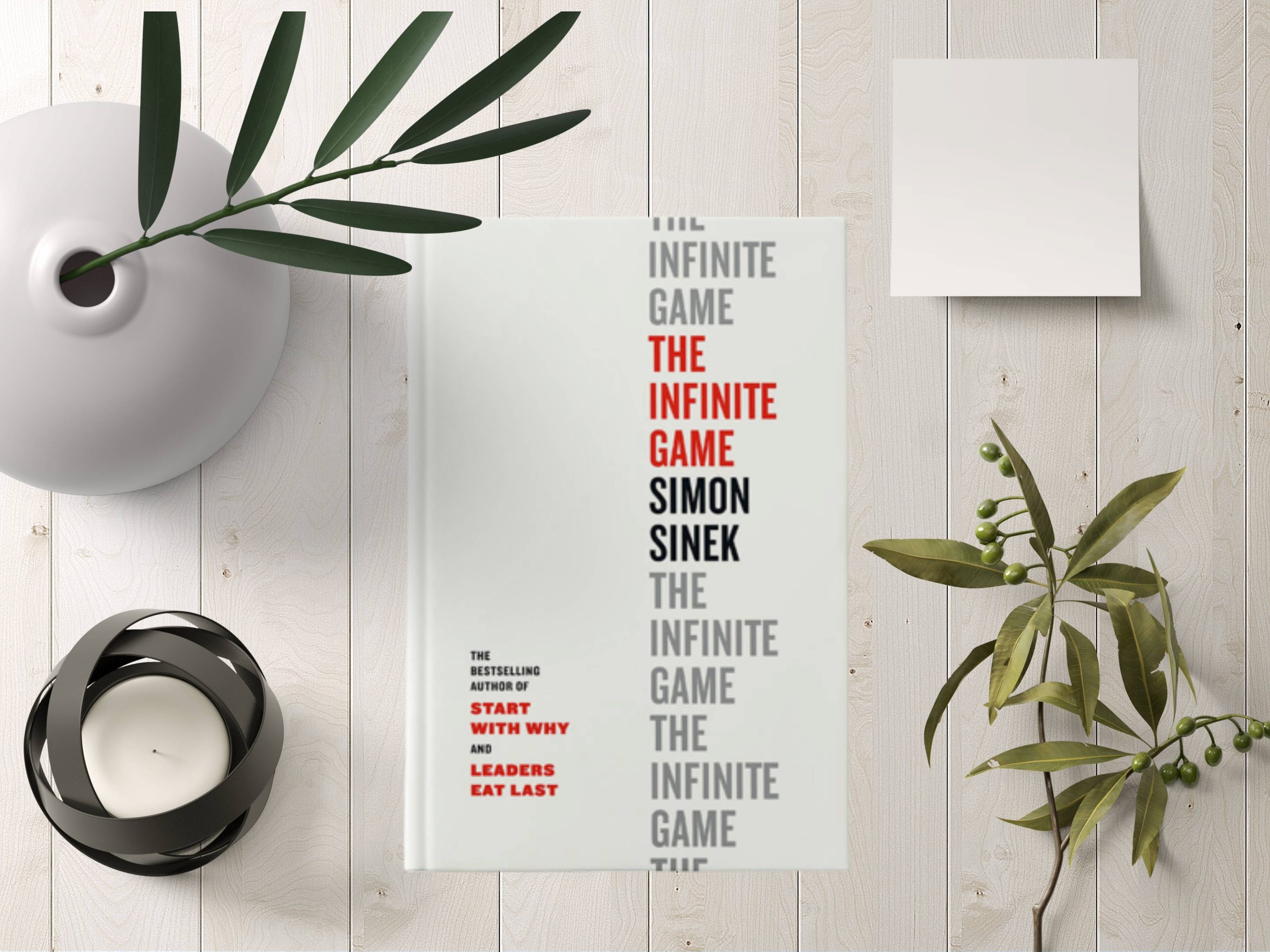 THE INFINITE GAME OF BUSINESS:Inspirations from Simon Sinek

Greetings, fellow players in the Game of Life.

James Carse, in his seminal and delightful  1986 short treatise “Finite and Infinite Games” summed it up:

I blogged about this fairly abstractly in August 2017, here.

but Simon Sinek, in his 2019 book “The Infinite Game” has now very effectively transposed the metaphor to the world of business, in a fairly concrete and thought-provoking analysis.  What can we learn from this way of thinking as we set and execute strategies for any larger organization?

First of all, just what does “winning” mean in that context?  As Sinek lucidly elaborates, the business world offers both kinds of games.  And business leaders always have a choice as to which they want to play.  They choose the mindset.  They help craft and follow the rules.  And they are free at any time to “change the game”, in concert with their fellow players.  And certainly, pace Milton Friedman, “the business of business is about more than business”.

More specifically, Sinek first expands on what he calls a “Just Cause”, which for him is an extension of the “Tell them Why” phraseology of his previous work.  For this key motivator of any player in an Infinite Game goes way beyond winning.   Such a cause is never just a “moon shot or “be the Best” or “Targeted Growth Initiative” or even some sort of Corporate Social Responsibility mantra.  Rather, it is a way of keeping the game going for its own sake, infinitely generating our own prosperity and progress, in Flow and not against nature.  And it doesn’t matter who is a “winner” or “loser”.

This is a radically different leadership style from what most of us are used to, not only in the Western world.  Integral to that effort is that we begin to measure trust in organizations, not just performance.  Our benchmarks are re-interpreted from short-term KPIs to longer-term discussions of impact and benefit for all players.

Finally, Sinek has interesting things to say about competition in an Infinite Game, in his exposition about “Worthy Rivals”.  We frame our fellow players positively, seeking to learn from each other as we take “best practices” to a new level.  In this way we all become better players and the Game profits enormously.  There is no limit on excellence when we engage in this way.

In any case, an Infinite Game is a journey, not just a series of events.  It calls for not just stability but true resilience.  And it applies to far larger contexts than business.  It remains a metaphor on life, enriched now by some very helpful guidance on how to implement this in the real world.  Thanks, Simon!