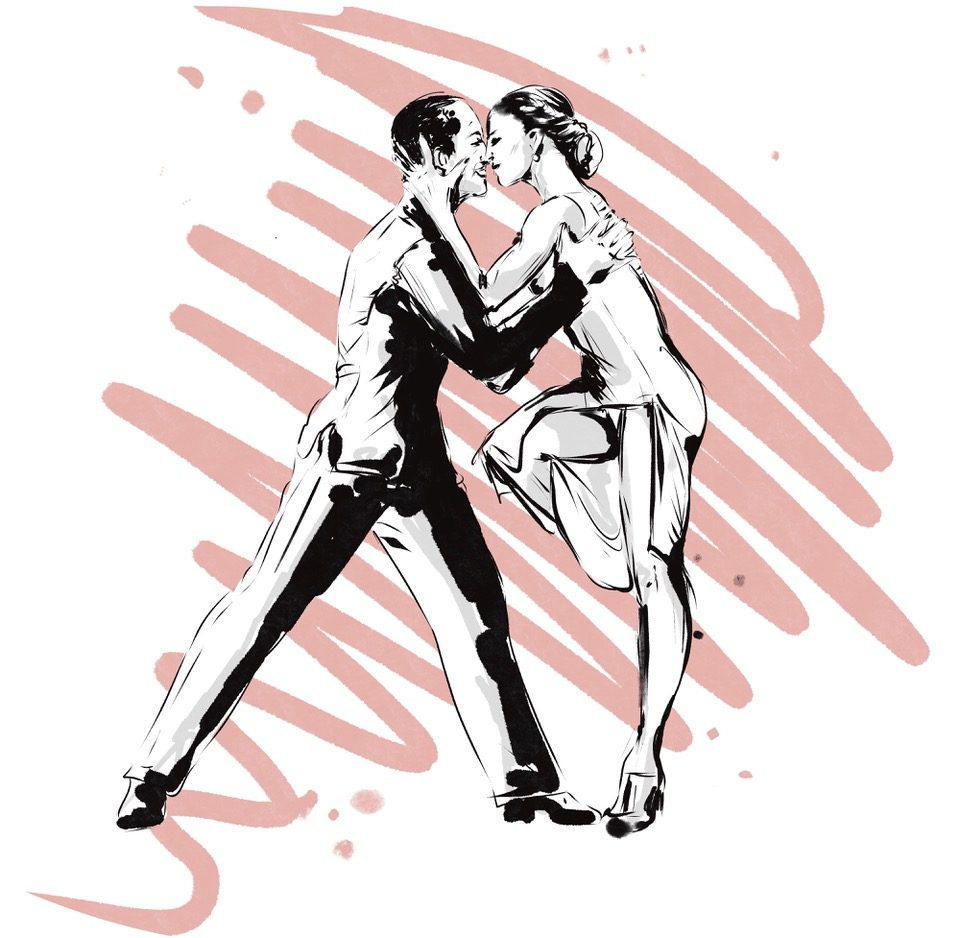 THE DANCE OF LEADERSHIP:Leading and negotiating in the ballroom

The negotiation of a well-orchestrated political response toward Russia has been challenging EU member states with ever new tests of cohesion for weeks now – a political Tour the France: Oil embargos, financial sanctions, delivery of heavy weapons and a new solidarity mechanism for dealing with gas shortage. The process of defining national roles within a new value-driven foreign policy strategy of the Union has become a search for a more forceful and skillful style of negotiation and leadership for Europe as a whole.

But how do you negotiate leadership with at least 27 partners at one table? Plausible enough, that piecemeal national go-it-alone efforts seem so much easier than a well-managed play of Team Europe… Recently, I stumbled upon a particular experience of leadership I have had in a totally different context: In ballroom dancing. During the years of my studies I was very much into that – jive, samba or cha cha – practicing up to 8 hours per day and taking part in competitive tournaments. Interests shifted, and I decided not to become a ballroom dancer… But, is there something relevant we might learn from dancing with regard to the current discussions on EU leadership?

What is striking about ballroom dance in first place is a certain way of leading it. It works like this: Tina ventures a first step, then Jenny answers in a more or less scripted way with another. Jenny is followed by Tina’s response, and she is then again by Jenny’s second move. If Jenny misunderstands Tina, she has to adapt the next move to Tina’s, and so the dance takes one or the other unexpected turn for both of them. The flow of the dance, its rhythm, and its beauty rely totally on reciprocity. As a leader, you have to be very careful of the other’s moves while making your own. Not taking account of that will minimize the chance of getting to any understanding at all – and that can lead to painful surprises… In the ballroom, leadership is no show of straightforwardness, but rather a harmonious back and forth of the couple: You offer a next step and at the same time open space for collaboration with your partner.

The language (and perhaps the magic) underlying the leading action is a complex process of psychophysical signaling: I read my partner physically, asking myself on which foot her body weight is being centered, and how fast she is moving, but I also decipher her emotional expressions: “How is she feeling about the music right now? Is she tired” This process is both very intimate and synaesthetic. It requires some kind of holistic sensitivity to the alter ego, that is empathetic listening. Successful leadership in the ballroom means constant training in empathy. Only that way one is able to make space for the emotional and physical development of one’s partner’s movements in the changing play of the music. And it is there that leadership comes closest to what we call co-creation.

A last thing: Don’t get hurried. You need a lot of time to learn to listen, to learn each other’s body language. And don’t think that you learn leadership on your own. In ballroom, it’s only possible by literally stepping on the other’s feet for a thousand times. I know this from many sweat-soaked hours of training and suffering together (please do not ask my partner…). But the positive thing about this process of misunderstanding each other and making mistakes is that it brings you closer together. It is team building, and finally, that is what pays off.

Personally, I think the metaphor of dance is very powerful also in situations of political leadership, and it’s message trifold: First, leadership is not about perfectly pre-drafting strong statements before talking to each other. What makes leadership successful (and powerful) is when it also allows for stepping back and offering perspectives. Think of it as a collaborative partnership. Second: Practise empathy. Discussions might be very worthful even if no goals are predefined. You just start to learn each other’s rhythm and that will reward you in the long run. At last, be patient. The more complex the political dance, the longer it takes to have it unfold fluidly. Stumbling over each other’s interests, again and again, might be frustrating at first glance. At second glance though, it grinds corners round, builds a shared background of knowledge, and strengthens the team. Eventually, in this kind of endurance lies both one of the greatest challenges and prospects of building democracy.

So, perhaps at the next EU summit there should be a ballroom dancing class for everyone?