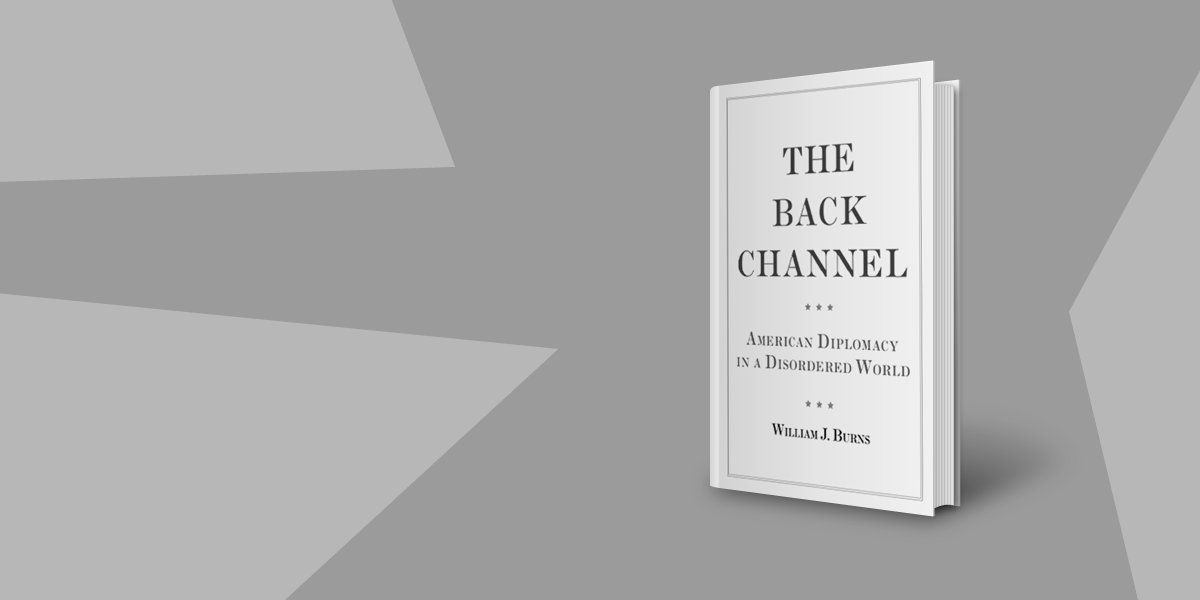 NEGOTIATING DIPLOMATICALLY:Impressions of The Back Channel

Topping my reading list this summer is Nicholas Burns’ fascinating and wide-reaching memoir, The Back Channel: American Diplomacy in a Disordered World, just published this spring with nearly 500 magisterial pages. In lucid prose and disarmingly personal terms, he shares his front-row seat serving as a diplomat over the last three decades, focusing especially on international negotiation “in a non zero-sum world” from posts as far-flung as Russia, China and the Middle East, as well as Washington, and through five American administrations. Illuminating reading indeed.

Having nearly finished the book, I can say I am struck by three things, all of which resonate with what I teach as a negotiator myself:

1. The deep modesty that runs throughout the book. Burns masterfully conveys the mundane everydayness of these negotiations, the long and frustrating sessions in anodyne hotel rooms, thereby puncturing the exoticism that we are tempted to assign to this work. He consistently defers to the people he reports to, and has mostly kind things to say about all, even the most obstreperous opponents. When there is criticism of either his bosses or his adversaries, it is low-key and understated, as befits a diplomat. This is not a tell-all memoir.

Also, quite refreshingly, Burns has a modest and quite realistic view of the American place in todays “disordered world”, cautioning us not to cling to the “tattered robe of American exceptionalism”. We lead not only through interests but also through values and example, and even that has its limits.

2. The stories that Burns weaves are an impressive testimony to the highly systemic nature of international negotiation. Everything connects to everything else: Chinese trade to African security, Russian arms control to Jordanian refugee policy, Iranian nuclear threats to European coalition politics. There are no winners and losers ,only a wide range of players in a complicated global tapestry of interactions. And Burns paints the big picture of this convincingly.

3. Despite these significant challenges, and even after the devastating experience of seeing so much of this work dismantled within months by the current US administration with no clear path ahead, there is a tone of quiet optimism in Burns’ prose. He offers a firm belief in the fundamental rightness of finding an equilibrium on these issues between all parties. And with agile and competent negotiators like Burns, we can indeed hope that that will somehow be regained.