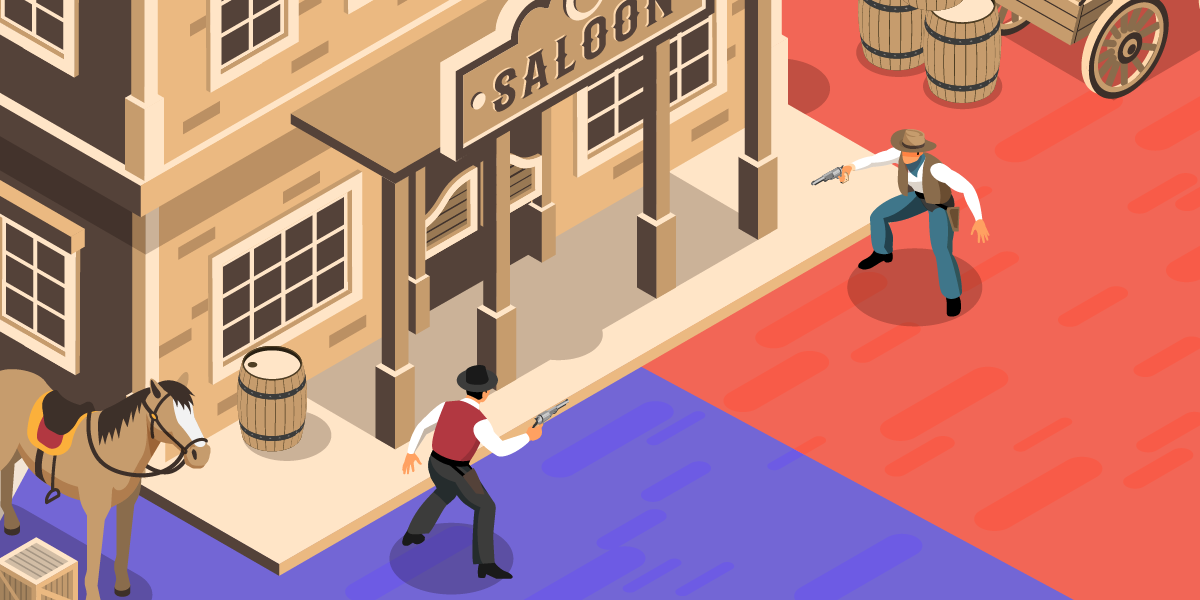 A NEW BEGINNING?Quieting the Guns of Red and Blue

As 2021 begins, many of the eyes of the world are focused on Washington and yet another Presidential Inauguration, this time with perhaps smaller and more virtual crowds and with two (somewhat) new faces taking charge, perhaps competing with the continuing rebellious antics of the old. We can only hope for a New Beginning. It is indeed a day of promise, and, once again, of hope and change.

At the same time, this inauguration takes place against a backdrop of unprecedented division in the United States. On the left, many still talk darkly of fascism narrowly averted and of the “wreckage” of the Trump years, and on the right, a terrifying 87% of Trump voters still do not think Biden won the election fairly. Both sides campaigned on the dire warning that the victory of the other would lead to the end of the country as we know it, and neither have really changed their minds since. So how can this be a New Beginning?

As conflict resolution professionals, perhaps we can offer some tried (if not necessarily true) but modest ideas:

Let go of Truth. It doesn’t matter who is right. You do not get points for being right, and we all have different perceptions of reality. This is not a debate or a litigation. In an age where so many of us reside in social media echo chambers constantly reinforcing our particular point of view, this remains as true (!) as ever. Rather, it is about interests and also about values.

If we can somehow open a space for at least limited dialogue, one that explores the “icebergs” of both sides, we may find the level of interests more fertile than the one of positions. And, as I know from 20 years of mediation work, this kind of inquiry often unearths unexpectedly shared interests. While we disagree violently on many things, perhaps we all want a healthy and safe future for our children. Perhaps we all share a belief in the (legitimate) pursuit of happiness. And perhaps our various religious beliefs will help us all discover a shared value of compassion for all human beings and an end to their suffering.

Let’s try to find “early wins”, small things that we can maybe agree on to begin. It would seem clear that defeating the pandemic is an obvious shared interest, even though our framing of this problem remains unreconcilable. But perhaps there are smaller projects that might get us started listening to each other again: how to help rural America catch up with urban America in Internet connectivity , how to rebuild our rotting transportation infrastructure, how to somehow reduce the need for guns on either side.

The Chinese say the longest journey starts with a single step. Let’s take that step together on January 20.